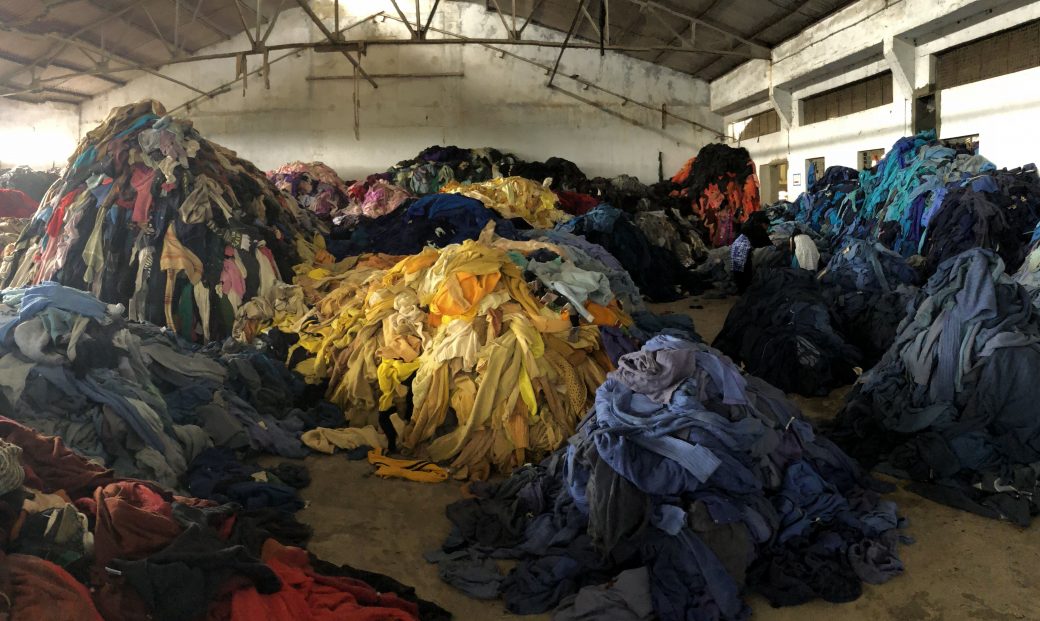 How big is the problem of textile waste?

Current production, distribution, and consumption of textile and apparel follows a fairly linear pathway that leads to massive amounts of textile waste at the end of the value chain. The growing challenges around this waste are building enormous pressure on the existing resources, the environment, and human health every day. Globally, an estimated 92 million tonnes of textiles waste is created each year, equivalent to a rubbish truck full of clothes ending up in landfill sites every second. By 2030, it is expected to be discarding more than 134 million tonnes of textiles a year. The Ellen MacArthur Foundation, in the ‘A New Textile Economy (2017), reported that barely 13% of input material are in some way recycled after usage, and less than 1% of this is recycled into new clothing. This includes recycling clothing after use and the recycling of factory offcuts.

In India, the textile industry is the third-largest source of  solid waste in  the country. A past study by the Indian Textile Journal (2011) stated that more than 1 million tonne textiles are disposed of every year based on estimates, with most of this coming from household sources.[1]

Besides this, India also faces a double burden that not only comprises  waste from its own consumption and production within the country, but also as recipients of waste from other countries, primarily from the US and Europe. As one of the largest  textiles recycling hubs worldwide, the Indian recycling sector registers an annual turnover of around US$2 billion in processing about 5 million tons of material.

When we talk about waste, where in the textile and apparel value chain is waste created?

Post-consumer textile waste is primarily the garment or cloth that the consumer doesn’t use anymore and decides to discard, hence waste generated by the end consumer. These  discarded items are either donated through informal channels or simply discarded,being incinerated or landfilled.

What are the different types of waste at each stage?

Pre-consumer waste is broadly generated at three stages; raw material, factory, and retail. The waste from the raw material and manufacturing stage, i.e. pre-production waste,  comprises about 25-47% of waste.[2] Post-production waste is the dead stock from or the unsold pile of items from the retail segment. In recent years, there has been a massive increase in post-production waste due to a shorter window of producing new collections every few weeks to increase and match customer demand at a lower price.

Post-consumer textile waste, commonly called household waste includes clothing, household articles or anything that is made up from textile that the consumer discards .   Post-consumer waste will also include waste generated from other sources, besides households. Waste from hotels and commercial enterprises like restaurants is also considered to be post-consumer textile waste. Such waste is in the form of bedsheets, table covers, curtains, etc. These clothing and articles are mostly being rejected once they are , in view of either they get damaged, run out of fashion or even worn out.[3]

How are we handling these different types of waste?

In both categories, pre and post consumer waste,  the majority is collected and segregated by informal workers who lack appropriate training and are often unskilled. Additionally, with no access to proper infrastructure for collection and aggregation, the workers typically collect and sell only in small volumes, which doesn’t result in adequate income to sustain livelihoods.   Furthermore, it does not incentivize workers to view textile waste as a viable economic opportunity and work within the textile waste stream.

Pre-consumer Waste: In the collection process, chindiwallas and  informal waste collectors form the backbone of the waste ecosystem. They typically collect  the smaller fabric cuts, chindis, from manufacturing units, and further sell them forward to to waste aggregators or other unorganized middlemen.  These waste aggregators go on to sell scaled quantities of such waste to recyclers who convert the usable waste into recycled yarn or fabric. The remaining waste, unusable and discarded, are used as filling material for blankets, cushions, while some may end up in the landfill.

Post-consumer Waste: Currently, there exists no structured and systematic disposal system for post-consumer waste. Waste collection mechanisms are limited and sporadic, and largely occurs through donations streams, informal workers, or by the members of the Wahgri community (traditionally in the second-hand garment reselling business in India). Visibility beyond this first tier of collection is lacking, and such waste often ends up incinerated or in landfills as well.

What happens to the waste worker? What is their role in this system?

The waste workers form a critical link to implementing a systemic circular textile system. In the current fragmented and informal economy, employability comes from unskilled or semi-skilled labour.

An estimated 1.5-4 million waste workers in India have traditionally done the work of collecting, repairing, and re-selling used clothing from households and factories around India, driving product life extension through low-cost, cash-based trading. Furthermore, with no access to infrastructure for collection and aggregation of the textile waste, waste workers cannot derive value from the pile of waste, which restricts them from selling larger quantities to upstream buyers as an additional source of income.

Workers are very often forced to work in adverse health conditions and lack basic training for their work, which makes them remain in the poverty cycle, subsisting on uncertain daily wages.

Who can solve this problem of textile waste?

With the multiple loopholes that the current system is facing, all the stakeholders must work on a closed-loop textile waste management system collaboratively. Each stakeholder including manufacturers, recyclers, brands, waste workers, waste management organisations, upcyclers , and the likes play a key role to establish a plug and play model that can solve the larger problem of waste. Combining approaches to recover maximum value from waste generated and investing in skill building for waste workers, it is imperative that the capacity to collect, sort, segregate and re-use or recycle is enhanced.

We at Circular Apparel Innovation Factory (CAIF), along with our partners Enviu, supported by the  IKEA Foundation, aim to build a new circular textile waste model in India that turns textile waste into a valuable resource  and unlocks green jobs, thereby resulting in positive environment and people outcomes.

[1] Circular economy need of the hour to minimize textile waste:Study, Times of India 2018 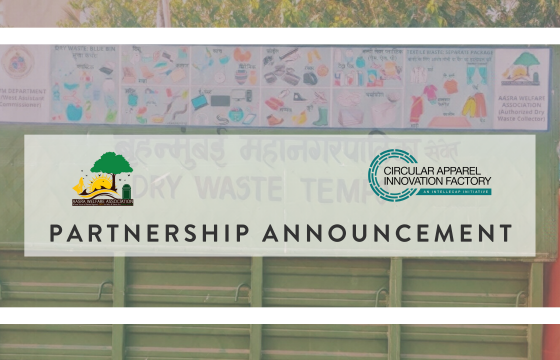 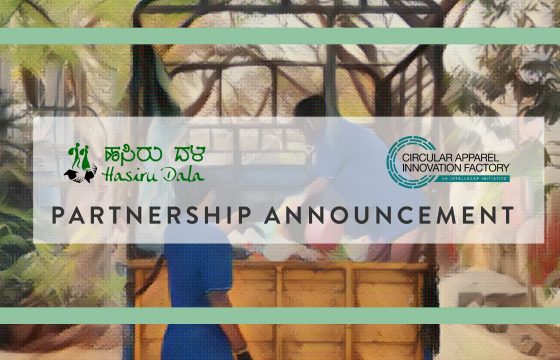